If you have a passion for animals and their welfare, a varied and exciting career within the animal management sector could be super rewarding!

Northumberland College Zoo is playing a vital role in conservation by helping protect and rebuild the populations of endangered animals across the globe.

The zoo’s dedicated team of keepers have been chosen to manage the European Endangered Species Programme (EEP) for its goeldi’s monkeys, classified as a vulnerable species due to the deforestation of their natural rainforest habitat in South America.

Breeding programmes such as the EEP aim to conserve populations of at-risk animals in captivity while safeguarding their genetic health and providing them with a viable future in the wild through in-situ conservation and education.

Steven Sykes, Animal Centre Resource Manager, said: “We are so happy to have been approved for the Goeldi’s European Endangered Species Programme.

“We now have a male Goeldi monkey called Bamboo, aged eight, from the Five sisters Zoo in Scotland and Emily, aged 10, from Blackpool Zoo. We hope they will contribute to the population held in captivity and raise awareness of these stunning primates while helping to conserve the wild population and their habitat.”

As a member of the British and Irish Association of Zoos and Aquariums (BIAZA), the zoo, based at Kirkley Hall Campus near Ponteland, not only supports and manages the 150 species in its care and those of other zoos, but also projects that have a direct effect on at-risk animal populations in their natural habitats.

In 2019 Northumberland College Zoo relocated one of its bush dogs from the UK breeding population to Japan with the hopes of starting a new breeding group. Usually found in the Amazon and other parts of South America, the small carnivores have been identified as ‘near threatened’ by the IUCN after wild numbers dropped by more than 25% in the last decade.

The young male, along with a female from Twycross Zoo, became the first breeding pair of bush dogs in Japan and successfully boosted the country’s captive population by fathering some strong and healthy pups.

In the last two years Northumberland College Zoo has increased its population of dart frogs, with more than 20 juvenile amphibians being donated to college zoos across the country to benefit their collections. Not only a tremendous achievement, but the breeding programme has also helped students learn more about microclimates and how seasonality can affect captive animal species.

Among the endangered species cared for at the zoo are lemurs, squirrel monkeys, tortoises, gecko’s and tamarins as part of the European Endangered Species Programme (EEP) which ensures a genetic backup is maintained in case of an extinction event in the wild or so animals can be paired up and moved to other collections if needed.

Lee Lister, Vice Principal for Quality and Curriculum, added: “It is essential for students to see conservation in action and the zoo is a pivotal resource in providing outstanding education for students of all levels.

“Our links with BIAZA and industry experts supports the development of key knowledge and skills for future careers in the zoo and conservation industries.

“Our students recently took part in a virtual chat with Dr Jane Goodhall, the world’s leading primatologist, and experiences such as this inspire our them to want to make a difference, which is a much-needed attribute in today’s fight for the conservation of animal species.”

Located within a specialist animal management, land-based and outdoor campus in acres of beautiful countryside, Northumberland College Zoo offers students the chance to develop their skills while gaining practical experience in preparation for their chosen careers.

Last year, more than 150 students from a range of courses worked with reptiles and aquatics, primates and small mammals, and paddocks, aviaries and exotic mammals to learn about health and safety, working safely with different species, captive diets and how to match animals to their habitats. 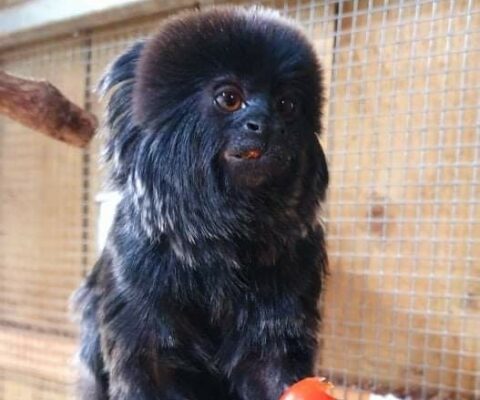 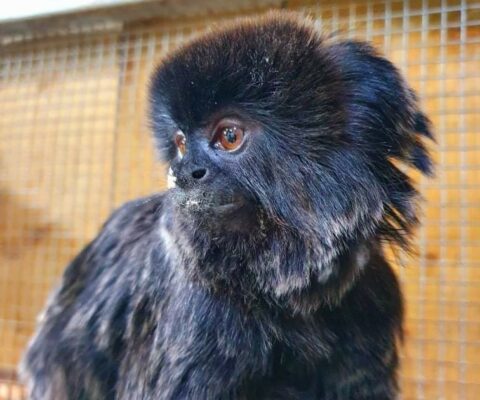