Help people to look and feel amazing! A career in this fast-paced industry allows you to use your skills, creativity and vision to make a difference and get instant gratitude for your talent. That’s why a career in the hairdressing, barbering and beauty sector is so rewarding.

Northumberland College student Frances Currie showed she was a cut above in a recent inter-college barbering competition.

The event, held at Sunderland College’s City Campus, was designed to prepare salon professionals students for the upcoming AHT heats and finals with aspiring barbers going head-to-head in a series of challenges.

Throughout the competition the campus’ salons were a hive of activity with eight hopefuls from the two college’s showing off their skills and creativity to impress a panel of industry experts which included MJs Barbers’ Matt Johnson, Grace Tennet from Mr Tennet Barbers and 2020 AHT National Finals gold medal winner Owen Crossley.

On collecting her prize, donated by College Kit Direct, Frances said: “I was extremely anxious and nervous about participating as it was my first competition.

“My tutor Sharon believed in me and entered me into the competition. I had to overcome the nerves and I’m so glad I took part; I certainly didn’t expect to win.

“It has definitely given me the incentive to participate in the national competitions and I am very grateful for the opportunity as well as the fantastic prizes I received.”

Two of the judges were so impressed with Frances’ work that they offered her the opportunity to work in their salons alongside her studies.

Hairdressing and Barbering Lecturer, Sharon Malkin, added: “I am so proud of Frances; she did extremely well, and the competition has really given her the confidence boost she needed.

“I would also like to give a special mention to our two Level 3 students as they decided to enter the competition the night before following a last-minute cancellation and travelled from Alnwick to take part.

“One of the students, Alice, injured herself during the competition but kept going and that shows such determination. I am so proud of their commitment, consideration and support.

“Thanks to Mark for organising the competition and going above and beyond with fantastic prizes, and to our judges, staff and students.”

The Level 3 challenge – to produce a creative gents cut and finish – was sponsored by Morgan’s Pomade and won by Sunderland College’s Bailie Cooper.

Closing the event, Barbering Lecturer Mark Sowerby, said: “It was such a privilege to host the competition at City Campus, and huge congratulations to Frances and Bailie. It was fitting that on International Women’s Day that both our winners were female.

“I would like to thank the students and staff from both colleges for their commitment and hard work to ensure the day was a success.

“A special thanks goes to our judges Matt, Grace and Owen for their expertise and for doing an incredible – but difficult – job of choosing the winners. Also, thank you to College Kit Direct and Morgan’s Pomade for sponsoring the competition and donating amazing prizes.” 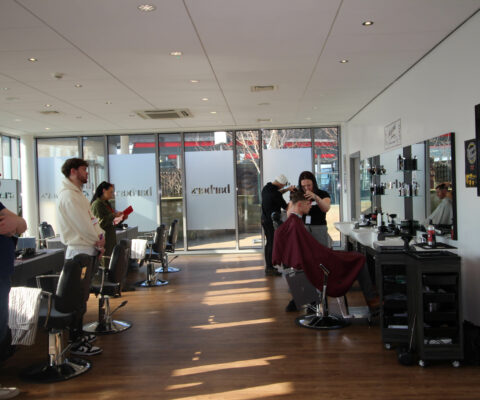 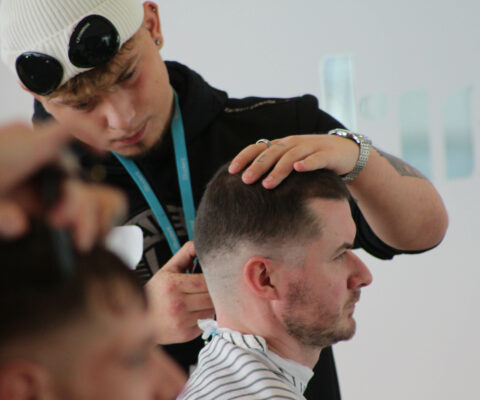 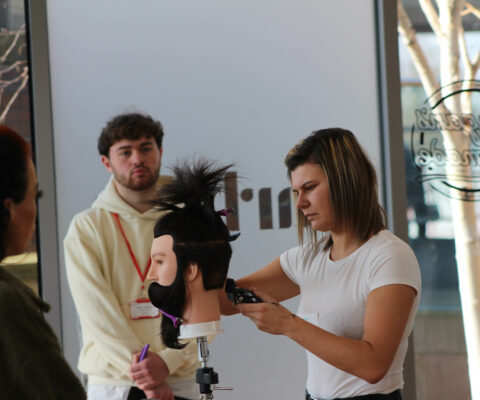